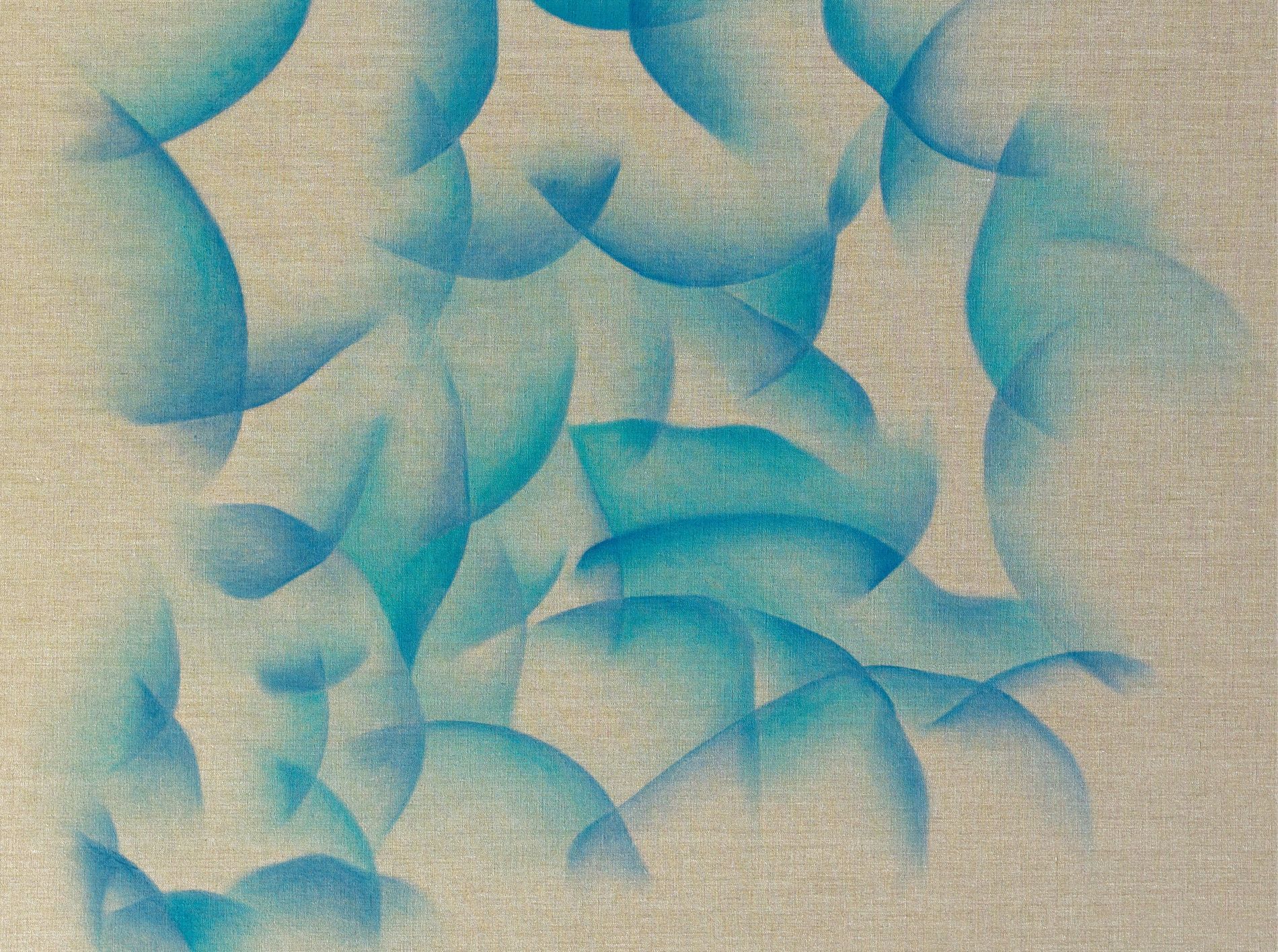 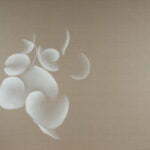 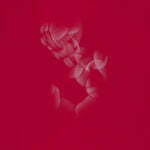 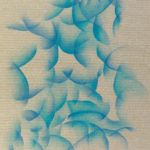 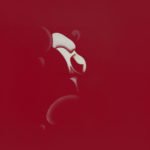 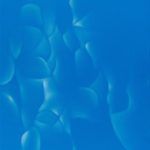 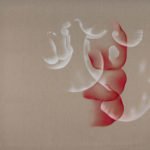 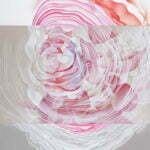 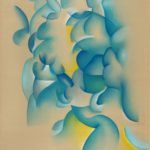 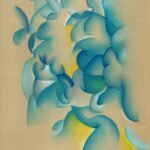 This is your brain on art: A neuroscientist’s lessons on why abstract art makes our brains hurt so good

It took a Nobel-winning scientist, Eric Kandel, who specializes in human memory to break new ground in art history

The greatest discoveries in art history, as in so many fields, tend to come from those working outside the box. Interdisciplinary studies break new ground because those steadfastly lashed to a specific field or way of thinking tend to dig deeper into well-trodden earth, whereas a fresh set of eyes, coming from a different school of thought, can look at old problems in new ways. Interviewing Eric Kandel, winner of the 2000 Nobel Prize for Physiology or Medicine, and reading his latest book, « Reductionism in Art and Brain Science, » underscored this point. His new book offers one of the freshest insights into art history in many years. Ironic that it should come not from an art historian, but a neuroscientist specializing in human memory, most famous for his experiments involving giant sea snails. You can’t make this stuff up.

I’ve spent my life looking at art and analyzing it, and I’ve even brought a new discipline’s approach to art history. Because my academic work bridges art history and criminology (being a specialist in art crime), my own out-of-the-box contribution is treating artworks like crime scenes, whodunnits, and police procedurals. I examine Caravaggio’s « Saint Matthew Cycle » as if the three paintings in it are photographs of a crime scene, which we must analyze with as little a priori prejudice, and as much clean logic, as possible. Likewise, in my work deciphering one of most famous puzzle paintings, Bronzino’s « Allegory of Love and Lust, » a red herring (Vasari’s description of what centuries of scholars have assumed was this painting, but which Robert Gaston finally recognized was not at all, and had been an impossible handicap in trying to match the painting with Vasari’s clues about another work entirely) had to be cast aside in order for progress to be made.

Ernst Gombrich made waves when he dipped into optics in his book, « Art and Illusion. » Freud offered a new analysis of Leonardo. The Copiale cipher, an encoded, illuminated manuscript, was solved by Kevin Knight, a computer scientist and linguist. It takes an outsider to start a revolution. So it is not entirely surprising that a neuroscientist would open this art historian’s eyes, but my mind is officially blown. I feel like a veil has been pulled aside, and for that I am grateful.

Ask your average person walking down the street what sort of art they find more intimidating, or like less, or don’t know what to make of, and they’ll point to abstract or minimalist art. Show them traditional, formal, naturalistic art, like Bellini’s « Sacred Allegory, » art which draws from traditional core Western texts (the Bible, apocrypha, mythology) alongside a Mark Rothko or a Jackson Pollock or a Kazimir Malevich, and they’ll retreat into the Bellini, even though it is one of the most puzzling unsolved mysteries of the art world, a riddle of a picture for which not one reasonable solution has ever been put forward. The Pollock, on the other hand, is just a tangle of dripped paint, the Rothko just a color with a bar of another color on top of it, the Malevich is all white.

Kandel’s work explains this in a simple way. In abstract painting, elements are included not as visual reproductions of objects, but as references or clues to how we conceptualize objects. In describing the world they see, abstract artists not only dismantle many of the building blocks of bottom-up visual processing by eliminating perspective and holistic depiction, they also nullify some of the premises on which bottom-up processing is based. We scan an abstract painting for links between line segments, for recognizable contours and objects, but in the most fragmented works, such as those by Rothko, our efforts are thwarted.

Thus the reason abstract art poses such an enormous challenge to the beholder is that it teaches us to look at art — and, in a sense, at the world — in a new way. Abstract art dares our visual system to interpret an image that is fundamentally different from the kind of images our brain has evolved to reconstruct. Kandel describes the difference between “bottom up” and “top down” thinking. This is basic stuff for neuroscience students, but brand new for art historians. Bottom up thinking includes mental processes that are ingrained over centuries: unconsciously making sense of phenomena, like guessing that a light source coming from above us is the sun (since for thousands of years that was the primary light source, and this information is programmed into our very being) or that someone larger must be standing closer to us than someone much smaller, who is therefore in the distance. Top down thinking, on the other hand, is based on our personal experience and knowledge (not ingrained in us as humans with millennia of experiences that have programmed us). Top down thinking is needed to interpret formal, symbol or story-rich art. Abstraction taps bottom-up thinking, requiring little to no a priori knowledge. Kandel is not the first to make this point. Henri Matisse said, “We are closer to attaining cheerful serenity by simplifying thoughts and figures. Simplifying the idea to achieve an expression of joy. That is our only deed [as artists].” But it helps to have a renowned scientist, who is also a clear writer and passionate art lover, convert the ideas of one field into the understanding of another. The shock for me is that abstraction should really be less intimidating, as it requires no advanced degrees and no reading of hundreds of pages of source material to understand and enjoy. And yet the general public, at least, finds abstraction and minimalism intimidating, quick to dismiss it with “oh, I could do that” or “that’s not art.” We are simply used to formal art; we expect it, and also do not necessarily expect to “understand it” in an interpretive sense. Our reactions are aesthetic, evaluating just two of the three Aristotelian prerequisites for art to be great: it demonstrates skill and it may be beautiful, but we will often skip the question of whether it is interesting, as that question requires knowledge we might not possess.

We might think that “reading” formal paintings, particularly those packed with symbols or showing esoteric mythological scenes, are what require active problem-solving. At an advanced academic level, they certainly do (I racked my brain for years over that Bronzino painting). But at any less-scholarly level, for most museum-goers, this is not the case. Looking at formal art is actually a form of passive narrative reading, because the artist has given us everything our brain expects and knows automatically how to handle. It looks like real life.

But the mind-bending point that Kandel makes is that abstract art, which strips away the narrative, the real-life, expected visuals, requires active problem-solving. We instinctively search for patterns, recognizable shapes, formal figures within the abstraction. We want to impose a rational explanation onto the work, and abstract and minimalist art resists this. It makes our brains work in a different, harder, way at a subconscious level. Though we don’t articulate it as such, perhaps that is why people find abstract art more intimidating, and are hastier to dismiss it. It requires their brains to function in a different, less comfortable, more puzzled way. More puzzled even than when looking at a formal, puzzle painting.

Kandel told The Wall Street Journal that the connection between abstract art and neuroscience is about reductionism, a term in science for simplifying a problem as much as possible to make it easier to tackle and solve. This is why he studied giant sea snails to understand the human brain. Sea snails have just 20,000 neurons in their brains, whereas humans have billions. The simpler organism was easier to study and those results could be applied to humans.

“This is reductionism,” he said, “to take a complex problem and select a central, but limited, component that you can study in depth. Rothko — only color. And yet the power it conveys is fantastic. Jackson Pollock got rid of all form.”

In fact, some of the best abstract artists began in a more formal style, and peeled the form away. Turner, Mondrian and Brancusi, for instance, have early works in a quite realistic style. They gradually eroded the naturalism of their works, Mondrian for instance painting trees that look like trees early on, before abstracting his paintings into a tangle of branches, and then a tangle of lines and then just a few lines that, to him, still evoke tree-ness. It’s like boiling away apple juice, getting rid of the excess water, to end up with an apple concentrate, the ultimate essence of apple-ness. We like to think of abstraction as a 20th century phenomenon, a reaction to the invention of photography. Painting and sculpture no longer had to fulfill the role of record of events, likenesses and people — photography could do that. So painting and sculpture was suddenly free to do other things, things photography couldn’t do as well. Things like abstraction. But that’s not the whole story. A look at ancient art finds it full of abstraction. Most art history books, if they go back far enough, begin with Cycladic figurines (dated to 3300-1100 BC). Abstracted, ghost-like, sort-of-human forms. Even on cave walls, a few lines suggest an animal, or a constellation of blown hand-prints float on a wall in absolute darkness.

Abstract art is where we began, and where we have returned. It makes our brains hurt, but in all the right ways, for abstract art forces us to see, and think, differently.

Does abstract art evoke a different cognitive state than figurative art? To address this question empirically, we bridged art theory and cognitive research and designed an experiment leveraging construal level theory (CLT). CLT is based on experimental data showing that psychologically distant events (i.e., occurring farther away in space or time) are represented more abstractly than closer events. We measured construal level elicited by abstract vs. representational art and asked subjects to assign abstract/representational paintings by the same artist to a situation that was temporally/spatially near or distant. Across three experiments, we found that abstract paintings were assigned to the distant situation significantly more often than representational paintings, indicating that abstract art was evocative of greater psychological distance. Our data demonstrate that different levels of artistic abstraction evoke different levels of mental abstraction and suggest that CLT provides an empirical approach to the analysis of cognitive states evoked by different levels of artistic abstraction.

Published under the PNAS license. 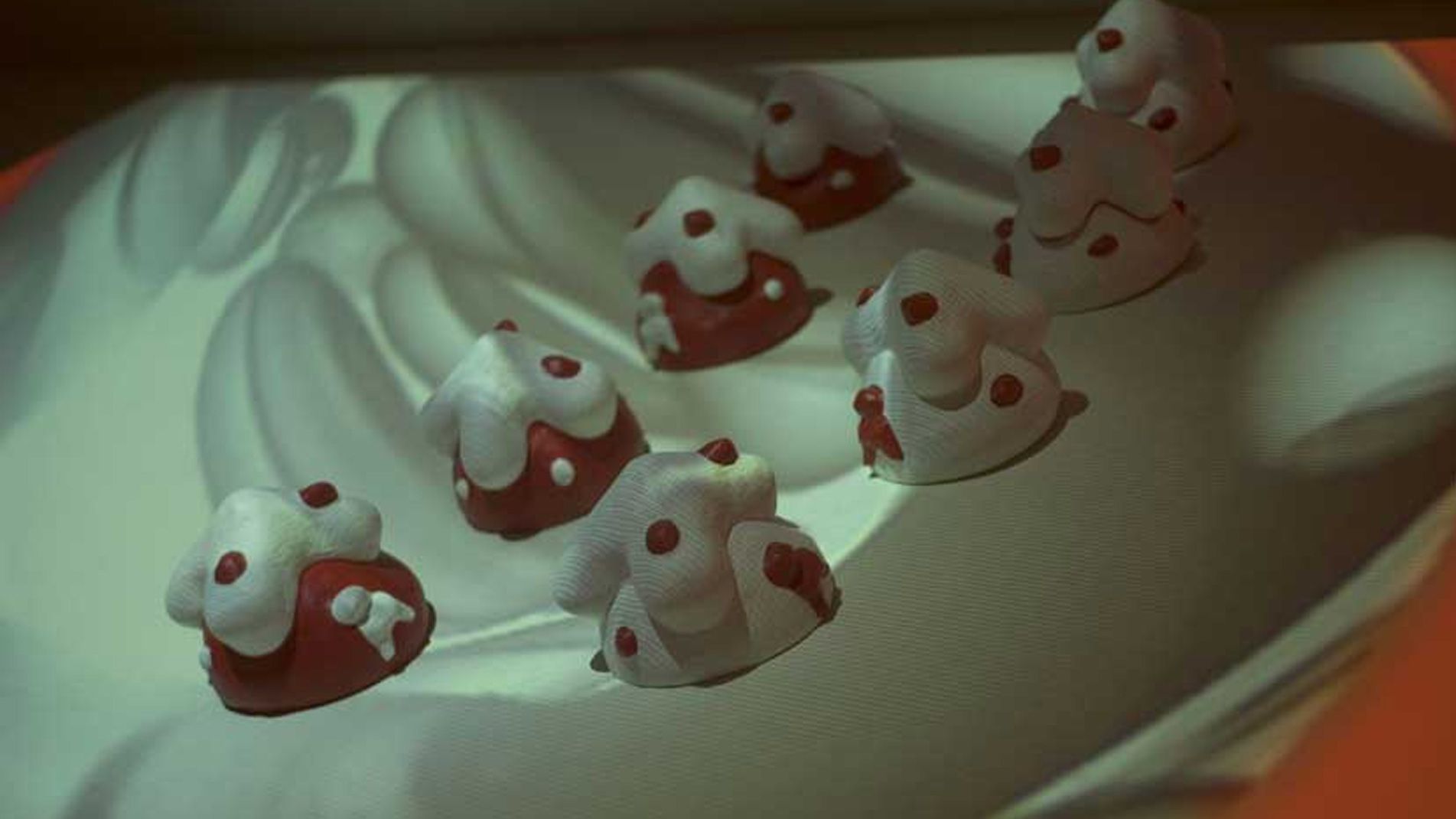 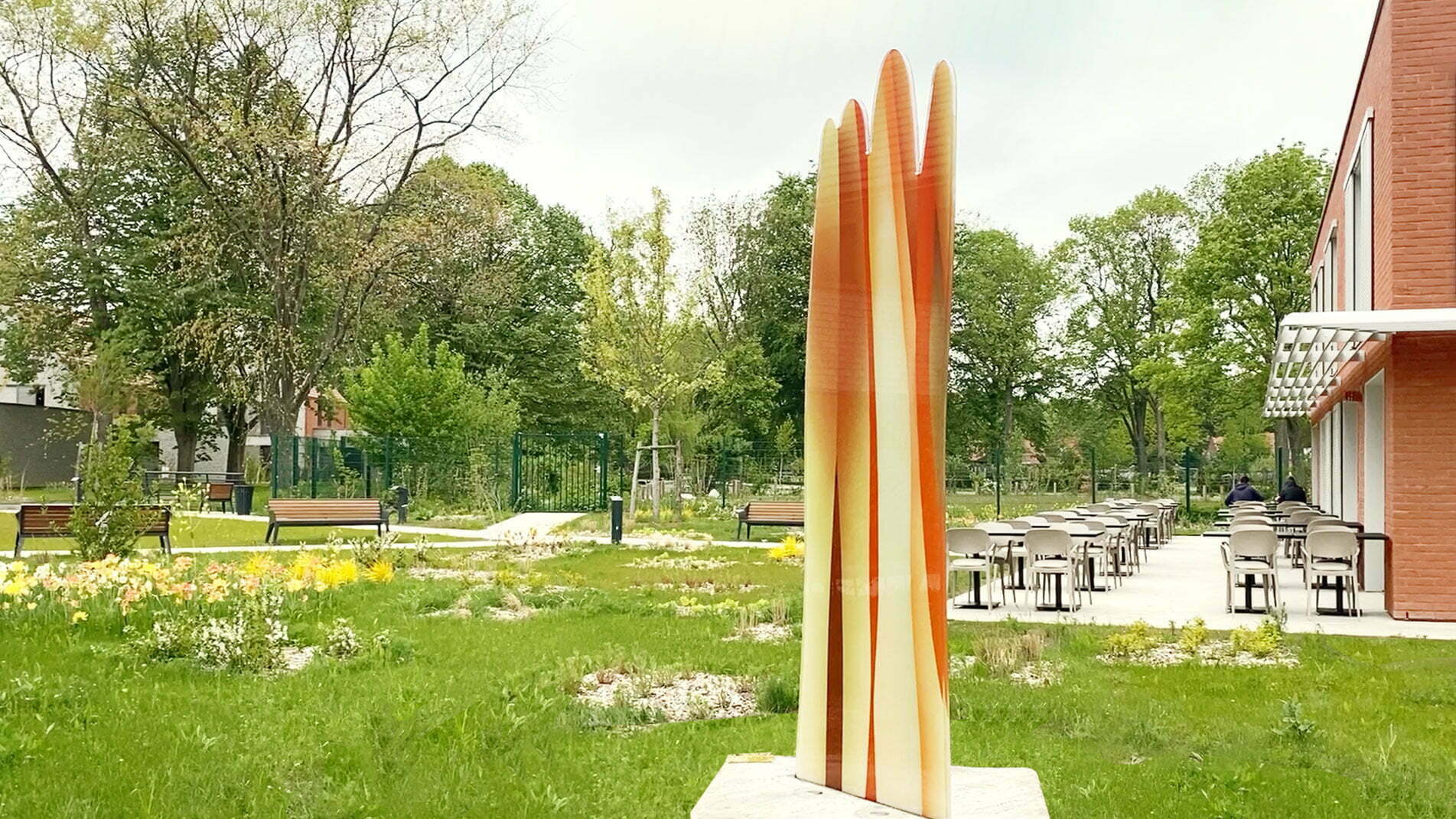